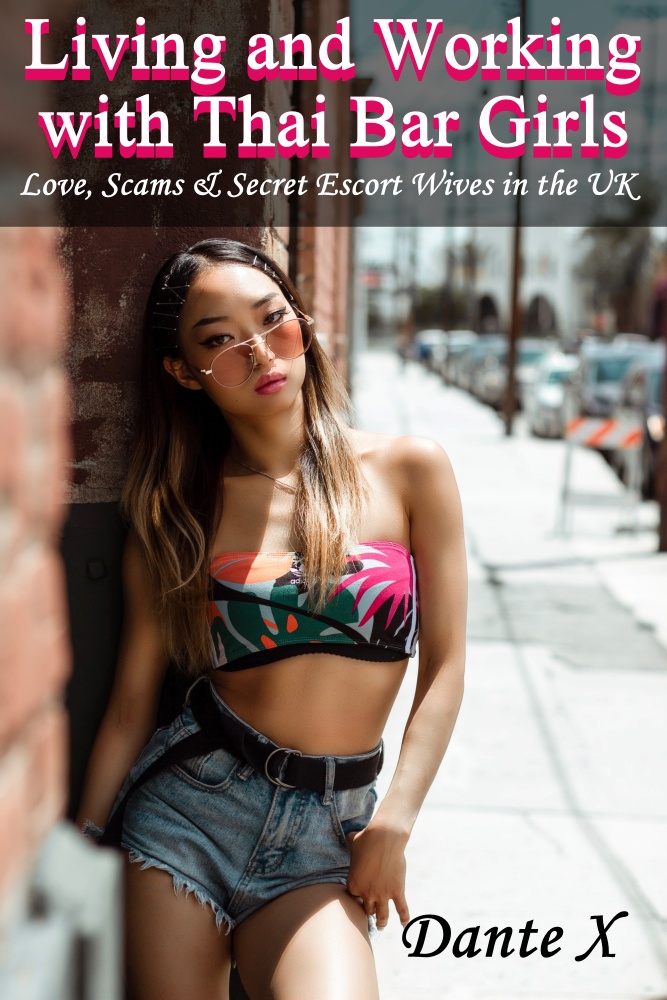 Well, there are thousands of broken heart horror stories of guys marrying Thai bar girls but mines a little different as Alan now lives with five of them, one of them being his wife Dao. After returning to the UK she got a job in a Thai restaurant but the owner was using a room upstairs where the waitresses would service clients. But after a jealous husband found out what his wife was up to, he told the police. The owner was ordered to shut it down so Alan and Dao decided to run a similar operation rented a five bedroomed house in Richmond on Thames and so the story begins…

Well, there are thousands of broken heart horror stories of guys marrying Thai bar girls but mines a little different as I now live with five of them, one of them being my wife Dao. It all started back in 2015 when I met Dao on a holiday in Thailand. I’m Alan, late thirties, used to drive a heavy goods vehicle but now live in a five bedroomed house overlooking the River Thames in Richmond, Surrey, drive an Aston Martin Vantage and basically run the escort service and look after the girls.

After returning back to a London with my new sexy little twenty two year old wife Dao, she soon got bored while I was out all day driving, so after a while she met some Thai friends and was offered a job in a Thai restaurant. At first I thought it was great, she was earning her own money and had some new friends. The sex was amazing and I could write a book on that alone she was so adventurous and while in Thailand waiting for visa appointment, we had several threesomes with girls and even guys. I have no idea why but it really turned me on watching and sharing her with another guy. Sometimes it would be a couple like another foreigner with his girlfriend or occasionally I’d get chatting to a guy on a bar and if Dao liked him, we’d bring him home. I particularly liked videoing her with another girl and to be honest, it was one of the best three months of my life.

So Dao got her UK visa and I brought her back to my small apartment in Camberley. The first few months were great and she started work at the Thai restaurant, the only problem being was the hours. She’d start work at five but I’d have to go pick her up at one or sometimes two o’clock in the morning! It wasn’t good for me as we’d always be making love for an hour or so when she got back and I had to be up at six thirty to go to work. Then call it fate or whatever, but I was made redundant and given a lump sum of twenty five grand, it wasn’t a fortune but allowed me to not have to get another job for a while.

So what happened next was she’d be coming home and telling me stories about two of the other girls working at her restaurant going with customers. I asked her what she meant as she’d said in the past they were also married to foreigners like myself. It turned out that the restaurant owner had a couple of rooms upstairs where the girls would fuck the customers then return to waitressing. It was a perfect set up and they would split the money 50/50. Asking how many clients they’d see per evening shocked me even more as she said sometimes a group of three or more guys would come in and take turns going upstairs with the girls. On average they’d see three or four guys each and charge £50 to £100 a time depending on what they wanted to do. So they were making an extra hundred plus per night servicing the customers and their husbands were totally unaware…!

It was then Dao dropped the bombshell and told me, they were always asking if they could take her upstairs…! I wasn’t surprised as she was definitely the youngest and best looking of all the girls and suspected she already been with a few as several times when we made love after her coming home from work she was already wet and sticky.

She eventually admitted that she had and I told her I wasn’t angry and maybe we could start our own escort agency type business. The truth was it turned me on tremendously and I told her she could carry on seeing the clients on condition that she told me everything. Well, from that night onwards we were fucking like rabbits as she’d come home and tell me how many guys she’d had sex with, what they wanted to do with her and even stories about the other girls. Even the restaurant owner was having a go, he was a Thai guy, still married to an older Thai woman that ran another restaurant in Bracknell the next major town and was running a similar operation there.

I worked out they must have been making thousands a week from the girls alone and suspected the restaurant was just a cover to find clients. The word obviously spread between the male clients that the sexy Thai waitresses were available to fuck upstairs and the busiest times were after the pubs closed going into the early hours.