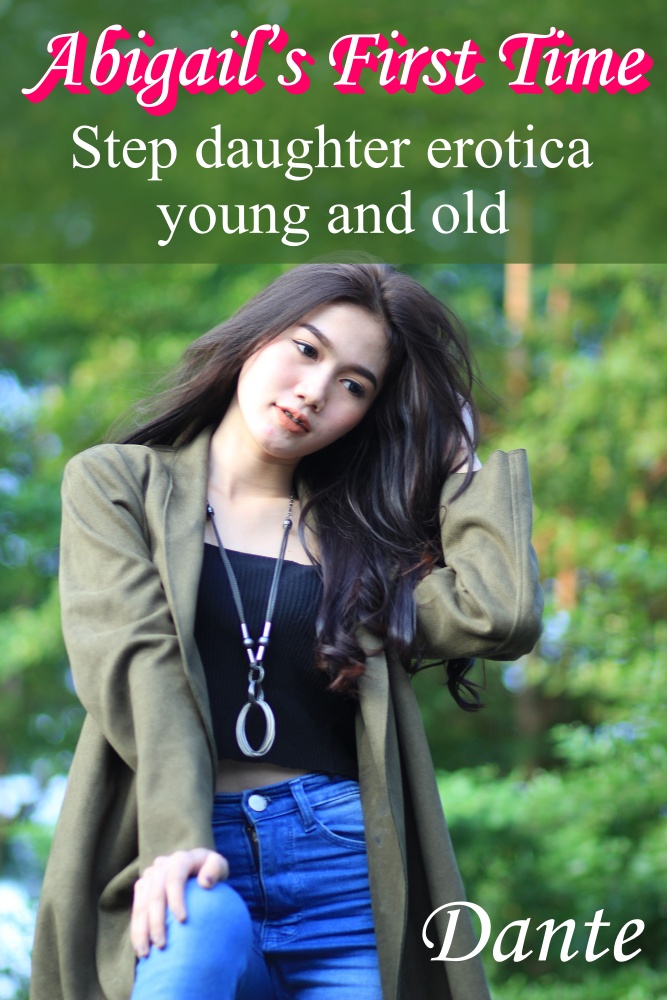 Chapter 3 – The next morning

Chapter 5 – Back at home

Meeting Analyn and her stunning eighteen year old daughter Abigail in the shopping centre after so many years of no contact was quite a surprise to say the least. I’m Martin and married Analyn when she was twenty four, we were very happily married for four years but during the fifth year she changed and started going on and on about wanting a baby. Being Asian and touching twenty nine, all her friends were having babies but we married on the understanding that I couldn’t have any more children as I’d had a vasectomy many years previously and was now in my mid forty’s. So long story short… she had an affair, became pregnant and we split up. And to be perfectly honest, I was absolutely devastated and it took me a good few years to get over it.

And as we hadn’t seen each other for so many years, decided to have a chat over a coffee and when her daughter went off the rest rooms, she admitted that she regretted having the affair and us splitting up. Asking if she was still with him, she said no as they split up and she was now living with someone else. However, things were so tense at home and they hadn’t been sleeping together for years, so she wanted to leave but had nowhere to go. Apparently he was seeing someone else and even Abigail wanted nothing more to do with him.

Analyn was clearly really pleased to see me, especially when I told her I was recently divorced and living back in Milton Keynes. And when Abigail came back and sat down, I couldn’t help staring at her as she was the spitting image of Analyn when she was younger. Looking quite shy, she sat down and asked why we split up? Analyn told her it was because she had an affair and it wasn’t my fault.

Feeling sorry for her and wanting to help her out, I told her that I could lend her some money if she needed to find somewhere else to live. Bursting into tears, Abigail threw her arms around her trying to console her. After she’d calmed down she said she’d been looking around, but everything was so expensive, and even though she had a few thousand pounds saved up, she wouldn’t be able to afford the ongoing rent with all the bills. I understood her situation as even I was finding it ridiculously expensive living back in the UK after being in the Far East for over fifteen years. Abigail was also in tears seeing her mum crying, so told them, if it would help, I could put them up until they sorted themselves out, the only problem being, I only had a one bedroomed flat.

Throwing her arms around me and sobbing again, she said they needed to get out as soon as possible because he was getting crazy and threatening her with violence. Abigail looked so happy to see us hugging that she also leaned over and started hugging us both. Wondering if I’d done the right thing, we all walked up to the car park and I took them back to my flat. They were so happy at my offer that we decided to order a Chinese takeaway and a couple of bottles of wine. It was just like old times and were soon reminiscing about the past but she now had a stunningly beautiful young daughter.

We were all getting on so well that we’d finished off two bottles of wine and had opened a third. Abigail was also drinking with us and had come out of her shell, telling us she was so happy to see her mum smiling again. We started talking about her college course and if she had a boyfriend, but that hit a nerve as Analyn nudged me and whispered that she was too shy.

Abigail looked over and told me she had loads of guys coming onto her, but they were all so young and immature. Then Analyn really surprised me by saying,

“She knows about what we used to do in the clubs…!”

“Really, so you don’t have any regrets about it then…?” I replied.

“No… I loved it and missed it so much, but he was really jealous and said he’d never do anything like that.”

“Yeah… a lot of guys are like that… I still went to the clubs after we divorced but it wasn’t the same as a single guy.”

Abigail was looking at us with interest and then asked,

“So do you still take molly then…?”

“Yes of course… She’s old enough to drink alcohol and make her own mind up now,” Analyn said looking a little tipsy.

I couldn’t help staring at Abigail sitting next to Analyn in her little skirt that had risen up, revealing her sexy long legs and even caught a glimpse of her white knickers. Taller than Analyn by about six inches, she was five feet six, long dark brown hair and small pert breasts. Analyn was now forty eight and I must admit, still turned me on with her alluring Asian looks and small petite figure.

I told them they could use the bedroom and I’d sleep on the sofa, so we quickly changed the quilt and just as I was about to leave them to crash out on the sofa, Analyn said,

“You don’t have to sleep out there, the beds big enough for three and Abigail said she doesn’t mind.”

Not believing what I was hearing I responded,

Giggling like a couple of school girls they fell on the bed as I told them to get in as I went to the bathroom for a quick shower.