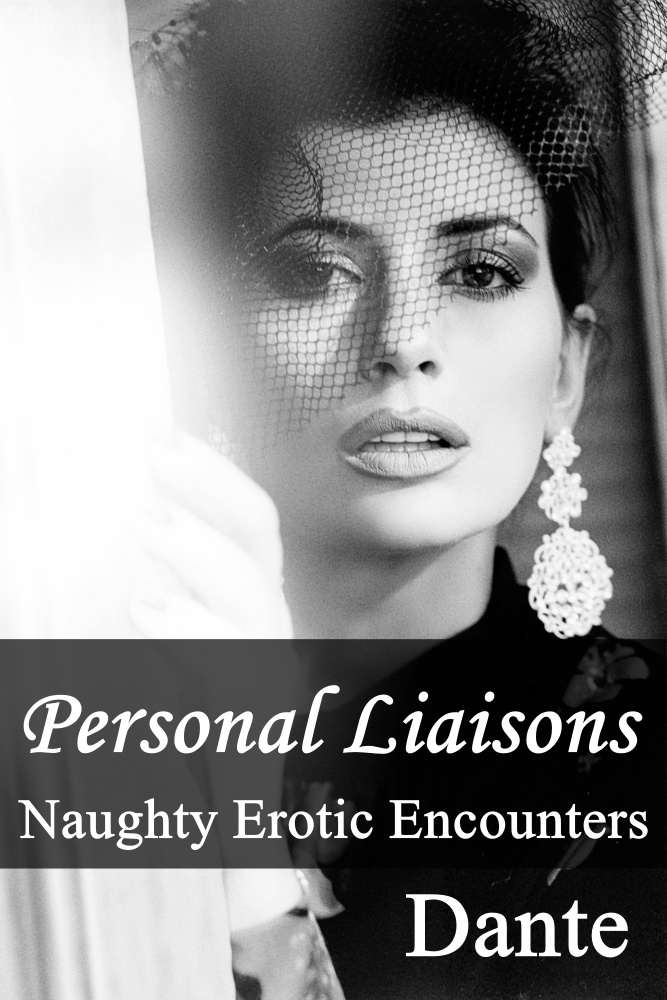 After writing over 130 erotica books, I’ve found that the most popular stories are not the fictional stories but the real life secret or personal stories.

So this book is a collection of short stories and actual events, most of which have not been written about in my other books. However, in some instances, the names have been changed to protect the parties involved and each chapter is a different story.

Wife’s best friend at a party

We’d always fancied each other, but both being married to our respective partners made any kind of liaison impossible. Nicky was Thai but spoke much better English than my wife Sian and all her other Thai friends. She’d educated herself by attending private English lessons which most of the wife’s friends wouldn’t even dream of. Her husband however was a bit weird to say the least as he’d always go out with his mates most evenings and leave her at home alone or more often than not, drop her off our house. But after a year of his stupid ways, she started going out alone with girls from her work or his mates wives. Now as you probably know from all my other real life Thai wife stories, I’m Dave and most of my stories happened in the UK.

So on this particular occasion, Sian was at work and her best friend Nicky had just had a huge row with her husband. She’d called me in a panic, asking if I could pick her up as he was getting violent. It was early evening and Sian was at work, and as she was on the late shift, wasn’t due to be picked up till 10 pm.

So jumping in the car, I sped off to their rented apartment which was only five minutes away, and as I approached the roundabout, she was already outside and walking quickly towards the main road with her husband ranting in pursuit behind. Realising he was in a very angry state, I beeped my horn and stopped just in front of her opening the passenger door. She quickly jumped in and in tears told me,

“Please just drive and get me away from him.”

We sped off leaving him screaming and shouting in the road shaking his fist. She was obviously really upset so took her straight her back to our house. I managed to calm her down and just as I was making some coffee in the kitchen, we heard him shouting outside…! I was renting a ground floor apartment at the time and he’d run all the way down to our place and was now banging on the window saying he wanted to talk to Nicky.

Nicky was frantic and begged me to call the police but I convinced her to let me go outside and talk to him. She agreed so long as I kept him away from her. Well he was Italian and talk about having a hot temper, he was a nightmare, shouting and waving his arms around. I suggested he let her have a chat with my wife Sian and told him she would be home at 10 o’clock and after she’d calmed down I’d bring her home. He was still ranting so I told him she wanted to call the police but I’d convinced her not to. That must have scared him as he then said he’d go home and wait.

Back inside, Nicky was relieved and told me he couldn’t control his temper and used to get really jealous and angry over nothing. She told me she tried to tell him she wanted him to move out, but he accused her of seeing another guy. I asked her if it was true, but she said no way, and let it slip that she fancied me but I was married to her best friend. We’d had a bit of fun in the past as a threesome, Sian, Nicky and myself and although we hadn’t made love all the way, we did virtually everything else. And when she’d got quite drunk one evening and I had to carry her out to the car, no way could I not have a good feel of her nice small tits and bottom as she was on this occasion absolutely legless. Five feet ten, slim and really attractive with long black hair, and truth be known, I was totally infatuated with her. And when I dropped her off, she gave me the longest kiss in the car as I had another nice feel of her tits just before her husband opened the front door and we carried her inside.

Anyway, because she was still upset, I was sitting next to her on the small two seater sofa with my arm around her shoulder. I could see her nipples down her blouse and bra as her tits were quite small, maybe a 32A, when suddenly she looked me in the eyes and we were kissing passionately, hands were going all over the place, me caressing her and her groping at my growing erection.

It was such a turn on as we both knew we shouldn’t be doing it but the carnal desires were so strong I couldn’t stop. She was virtually eating my face and I had her blouse and bra off in no time, going down on her sexy little tits and teasing her nipples by sucking them hard. Getting my hand down her jeans was a mission until she undid the top button and I eased the zip down. She was wearing white silky knickers and tights over the top, making it highly erotic as I have a thing for pantyhose, tights and stockings but not easy to get inside. She was also trying to undo my jeans, so I did the same and undid them for her so she could reach in and pull me out.

As her jerking ceased, I lowered her legs and pulled her knickers and tights off one leg, then shuffled forward and rubbed my cock up and down her slit to lubricate the end and slipped in. How I didn’t ejaculate immediately was a miracle, but was all the way in and felt her tight pussy gripping me, savouring the moment as I penetrated her for the first time. Staring down at me with her hand over her mouth, we both knew it was wrong, but she was just as up for it as me and we started fucking nice and slow. Her pussy was so tight and I knew I wasn’t going to be able to hold back for long.

Suddenly she pushed me off and was on her knees taking me in her mouth, wanking and sucking like her life depended on it. I was staring down at her in awe and it was probably less than a minute until she made me shoot my load into her mouth. Not spilling a drop, she waited until I’d finished pulsating then looked up and swallowed, then smiling at me, she licked her lips and said,

“Now you can fuck me properly.”

Bending over the sofa on her knees, I mounted her from behind and fucked her properly for a good ten minutes, stroking and pulling her butt cheeks apart, exposing and staring down at her beautiful puckered anus.

Asking if she was OK? She gave me a long moan, so easing out of her cunt, I pressed the head against her anus. It was a little tight but the end slipped in as she tensed up and gripped the edge of the sofa. Holding still for a few moments, she relaxed and I was able to continue my penetration. Using her copious pussy juices, I smeared some around my cock, then eased out and lubed up her rear hole a bit more and plunged back in. This time she let out a long scream as I went all the way in, fucking her with long deep strokes until she begged me to do it harder.

Giggling her head off, she jumped up and ran to the bathroom, returning a few minutes later all cleaned up letting me watch her put her knickers and tights back on and having another good feel before pulling her jeans back on. I was still hard and wanted to fuck her again but it was almost time to go pick up Sian.

He was on the phone several times during the night until she threatened to call the police if he didn’t stop ringing and turned her phone off. Next morning she decided to go back and try one more time to make it work, but it all ended in tears a week later and she moved in with us. Many more stories to tell about me and Nicky, but will save them for another time.