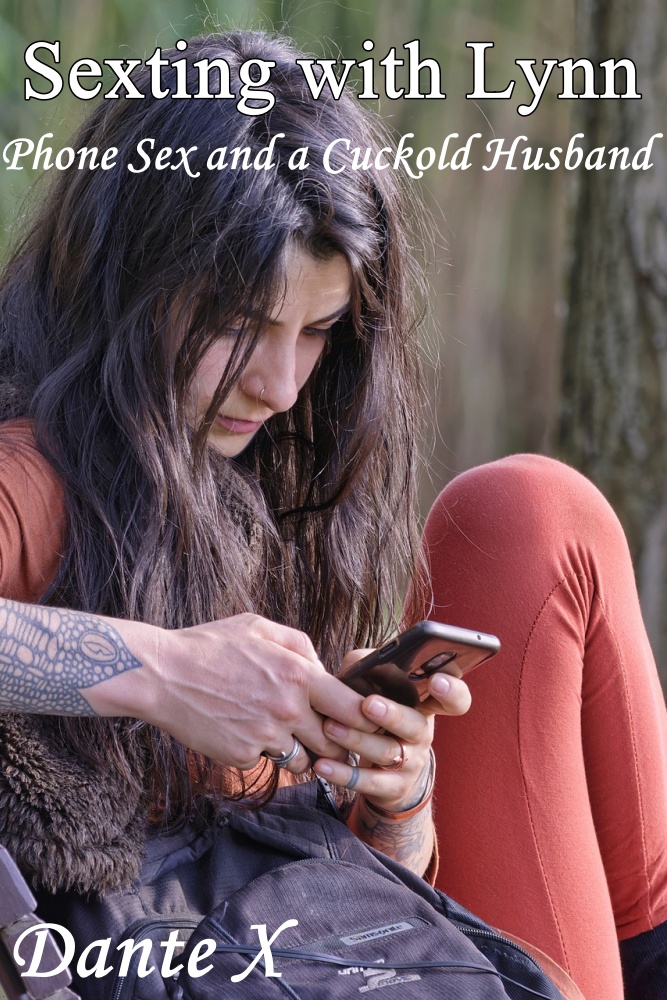 Chapter Two – The next day

So after several weeks of, should I, shouldn’t I deliberation, I sent Lynn a text.

Hey long time no contact… Just wondering if you fancy a bit of sexting… I’m laying on my bed thinking about you… so you got any interesting confessions to tell me..?

Fifteen minutes later and I was thinking it was a no go and she wasn’t interested. I knew she’d got re-married and didn’t want to cause any problems. My thoughts were that maybe she was getting on really well and wanted to move on but then she replied.

Confessions…! Why are you texting me after all this time, I thought you were living in Germany with your new wife…?

Err… No I’m with someone else actually.

But I thought you were married and everything was going great.

Not really, he was so controlling and… I don’t want to talk about it.

So how long you been with the new guy then…?

Two years now but it’s not what you think.

Sorry you’ve got me all confused now…! What’s that supposed to mean…?

Well, he’s the complete opposite to Paul and I can’t believe what we get up to.

Really so you’re not in a sexless marriage like me then.

So you’re all alone on your bed then…?

She didn’t answer for a good few minutes then said,

No it’s OK, he knows I’m messaging you.

Yes like I said he’s the complete opposite to my ex and he told me it’s OK… So you playing with your cock then…?

Yeah so what are you doing then…?

He’s playing with me and I’m talking to you…!

So he’s reading my texts as well…?

No I’m telling him what you say cos he’s busy under the quilt.

Fuck me…! You mean he likes you chatting with strangers then..?

You’re winding me up now aren’t you…?

No… We all went out last night and he stayed night and now I suppose you want to know what we did…?

Of course but I’m so fucking hard and I can’t believe you’re doing that…!

Well, we did a lot together as well didn’t we…?

Yeah, so what’s he doing now then…?

I couldn’t believe it but was so turned on and ready to explode so I took a picture and sent it on. A few minutes later a picture came back of her new guys head between her legs.

Fuck me babe that’s so fucking sexy and you’re all nice and smooth with a new tattoo I see.

Yes he likes it like that and said you’ve got a nice cock.

Really so tell me about your new guy then…?

So you’re still into the older guys then… what are you now 28…?

I sent her another close up picture of it all running down my hand.

Really and what about him then…?

Yeah and then he wanted to watch me fuck you on the grass and took some pictures on my phone.

So what’s he doing now then…?

Really… So how you get her to go with your mate then…?

She fucking loves it and when we go clubbing and have some molly she’s up for anything… Anyway one night we’d been to TG in London and you know how she can’t stop playing with herself when she’s on the molly, well I let my mate Ron join us in one of the play rooms and he’s got a long thin cock, I’m a decent length but wider than than you she says.

Go on, you got me all worked up again…

Fuck… you just made me shoot my fucking load again…!

He gets me do lots of things I never used to do.

Tell me about last night…?

OK but I want to hear some of your stories as well, Ron his mate is older than Glenn and about 55 I think, but he’s always taking E’s and stuff like you. Anyway, Glenn lets him play with us and last night we went to a club in Croydon and came home in his car. He was driving and Glenn made me sit in the passenger seat so Ron could watch us playing. Glenn had my dress undone and playing my boobs… Ron was wanking his cock and touching my leg but then Glenn started kissing me and his mate Ron was fingering me as he was driving… You still there…?

Yes, please carry on, I can picture it in my mind and thank fuck I had a Viagra I’m still up.

So he’s a cuck and likes to watch them…?

Yes but he’s really big and after Ron gets me all wet and worked up, he joins in and last night he made me kneel over him on the sofa and as he’s fucking me, Ron was licking my bum and then they were doing me together.

Yes and then they took turns fucking me all night and I woke up with Ron still doing me from behind and Glenn was asleep. So what about you then…?

Well, I was going to tell you about one of my wife’s friends… She’s 35 and married to an older guy in his early sixties, both German and into swinging. But on this occasion she came round to see my wife but she was at work. Anyway, we got talking about the clubbing scene in Germany and she invited us to join them one night. I told her the wife wasn’t interested so she said she knew and said she meant for me to join them not her…!

Another picture came through of Lynn wanking his his cock but kneeling over him in a 69, then sent another of her soaking wet pussy as he was holding her open and licking her out.

Glenn again, nice story, so did you fuck her then…?

We’ll have to do this again sometime… Have a good one, he replied and that was it.