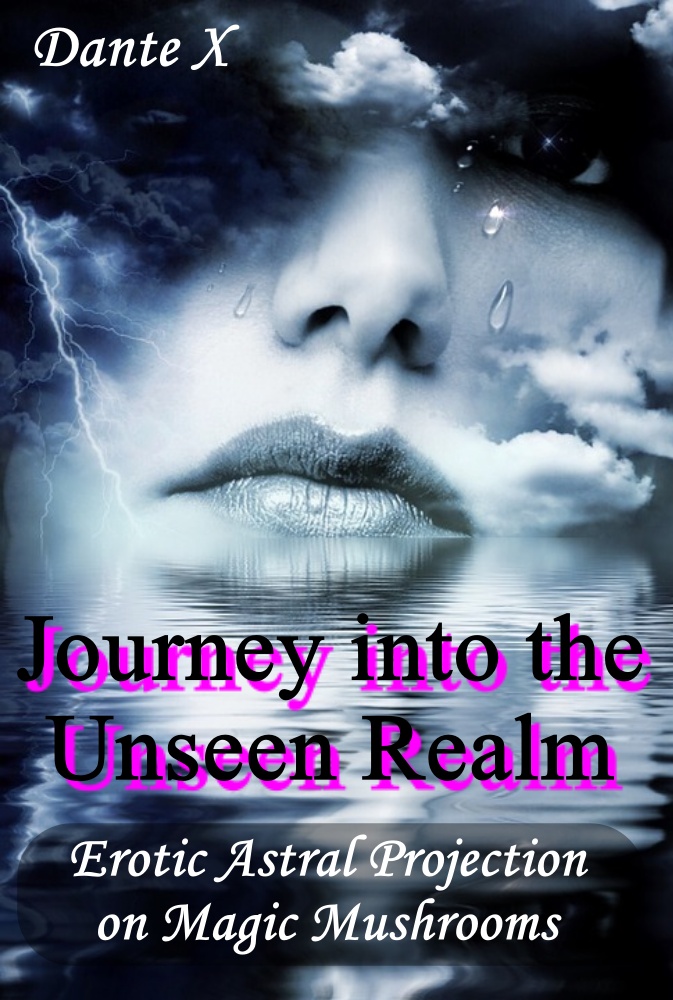 Even though I believed that we are all connected via telepathy and ESP, I’d never actually been able to connect with anyone and receive absolute proof that I was not imagining the responses I was getting. However, that was until I met the old man selling herbs and spices in the night market in Khon Kaen, Thailand.

I’d seen him several times, sitting in the market with all his little bags of herbs, spices and so many things I’d never seen before. But for some reason on this particular night, I actually stopped and asked him if he had anything to help with meditation?

He was about 70 odd years of age and to my surprise actually spoke good English and even more interestingly, he wasn’t Thai but Japanese. After a very brief conversation about England and Exeter in Devon, where he’d apparently lived during his college days, he picked up a small bag of dried mushrooms saying,

“Very good for clarity of mind, communicating with plants and beings in other dimensions.”

I asked how to take them and he simply said,

“You can start with one, chop up small and make a tea, let stand for 10 minutes then drink, can also eat by chewing. Next time can take more but first time only one. Best in morning or on empty stomach.”

He seemed genuine enough so I bought the small bag of dried mushrooms for 500 Baht about £10 and headed off home. That evening I decided to try one as I’d not eaten anything since the morning. It took about an hour before I felt any effects and everything around me seemed to be shimmering. Plants and the trees in the garden looked more green and colourful and as I lay down on my bed and closed my eyes, my mind was super clear. Then the visuals started and I was seeing the most amazing shapes, colours and intricate geometric patterns.

And when I held the vision in my mind of a specific girl I fancied, the feelings of arousal were out of this world. It was so clear and like she was actually with me, caressing and kissing each other was amazing and dare I say, the intense feelings were actually better than real life. I suppose the best example would be like having a lucid dream. I don’t think I’d ever been so aroused in my life and was soon playing with myself, visualising us making love and when I eventually ejaculated, the orgasm was so strong and truly incredible. The peak experience lasted a good couple of hours but even four hours later, I was still feeling the effects but much milder.

Another side effect I noticed was a very deep sleep and when I awoke the following morning, my mind was ultra clear, in fact, it continued until about lunchtime and after that I was back to my normal self.

Now this is the crazy part, the girl I was thinking about is actually married to an old German guy that I’ve known for sometime and in a very unhappy relationship. She’s about 38 and he’s in his late sixties and for the last few years, they’ve stayed at my little bungalow resort in Khon Kaen every time they came to Thailand which has been two or three times a year for a couple of months each time. Now just to be clear, I’m 48 and been divorced for a few years, long story short, I found out she’d been gambling and got pregnant with a Thai policeman behind my back. I basically paid her off and managed to keep the bungalows as they were set up in a Thai company. I’ve had a few girlfriends since we split up but over here in the land of smiles, but… they are basically all gold diggers so I’m in no rush to let anyone move in.

Now here is what happened which made me realise, the mushroom experience and visualisation I had was definitely not in my imagination.

Lawan, the Thai girl married to the old German guy I was making love to in my mind arrived the following week for another two months. They have been building a house in Khon Kaen for a couple of years now and live most of the time in Germany. Now he’s not much of a talker and speaks hardly any English, so all communication is done through her. Lawan speaks German and basic English, so we can talk about most things.

Anyway, she was quite upset the other morning and when I asked her if she was OK? She said he’d been talking with his ex wife (also Thai) and they’d been arguing. She also said that he’d told her, he was still in love with his ex wife. Lawan then admitted they hadn’t been sleeping together for well over a year. Looking very sad, I put my arm around her and she burst into tears. I got the impression she hadn’t been hugged for a very long time and their relationship wasn’t very physical at all.

Luckily he wasn’t around because he’d gone to the builders merchant and I was able to talk with her at length about her relationship. She admitted it was terrible as he was so dominating and treated her like a slave, saying he loves his dog more than he does her which made me laugh. But then she started asking about why me and my ex wife split up? I told her what happened and she was quite shocked but then asked why I didn’t have another girlfriend?

I could tell she fancied me as she was always looking and smiling whenever he wasn’t around. So I thought I’d test the water and told her I’d had a strange dream about her the week before she arrived. The look on her face was like she’d just seen a ghost or something, then said she’d also had a dream about me. I found that far too much of a coincidence so asked her to tell me about her dream? She became all embarrassed and said it wasn’t really a dream but more like she was laying in bed and had a weird feeling that I was thinking about her…!

Now at this point I knew that when I took the mushrooms it wasn’t just my imagination, I was somehow actually communicating with her.

So I told her about the old Japanese man in the market and that after I’d taken the mushrooms, I d started thinking about her and ended up making love with her in my mind. She stared at me like I was crazy and I honestly thought she was going to walk out, but then she said she’d felt the same thing and was playing with herself on the bed! I couldn’t believe what I was hearing and immediately felt these weird butterfly feeling in my stomach. She admitted she was playing with herself at the exact same date and time as me and I felt this overwhelming desire to make love to her there and then.

Well, we were soon kissing and cuddling on the bench seat in the garden, so I suggested we’d better go inside in case her husband came back unexpectedly. Once inside we were like a couple of teenager lovers and couldn’t wait to get undressed. She was quite small at only 4 feet 10 but had really nice breasts with long nipples. And anther thing I found interesting was she rarely wore a bra at the resort, making me stare at her as she wandered around. Her body was amazing for her age and I couldn’t understand for the life of me why he wasn’t making love to her at every opportunity.

Letting her rest for a while we were soon at it again with me fucking her in a scissors position, holding her leg up as I fucked her tight little slit while forcing my finger in her bum. She was obviously getting used to it now as she was moaning every time I probed her other hole, I then pulled out and slowly eased my bell end into her virgin anus. It was a mission but once it slipped in, she was in no pain and we were fucking again like crazy, moaning and sighing with me deep in her arse rubbing her bud at the same time.

Suddenly her husband was calling from outside and she went into a panic. I told her to be quiet but she was frantic and jumped off the bed and was trying to get dressed. Again telling her to slow down and be quiet, and that I’d go out and tell him she’d gone to the market. She was so scared but I managed to get dressed and told her to go sit in the bathroom and lock the door.

Walking outside, I saw him pacing around and made an excuse that I was sleeping, but he just gave me a condescending look and asked where Lawan was? I told him I saw her in the bungalow earlier and maybe she’d gone to the market. He walked away so I went back inside and watched through the blinds as he jumped in his car and drove off. Lawan came out of the bathroom and was still scared to death, so told her to go back to her bungalow and when he comes home to tell him she’d just been to the corner shop.