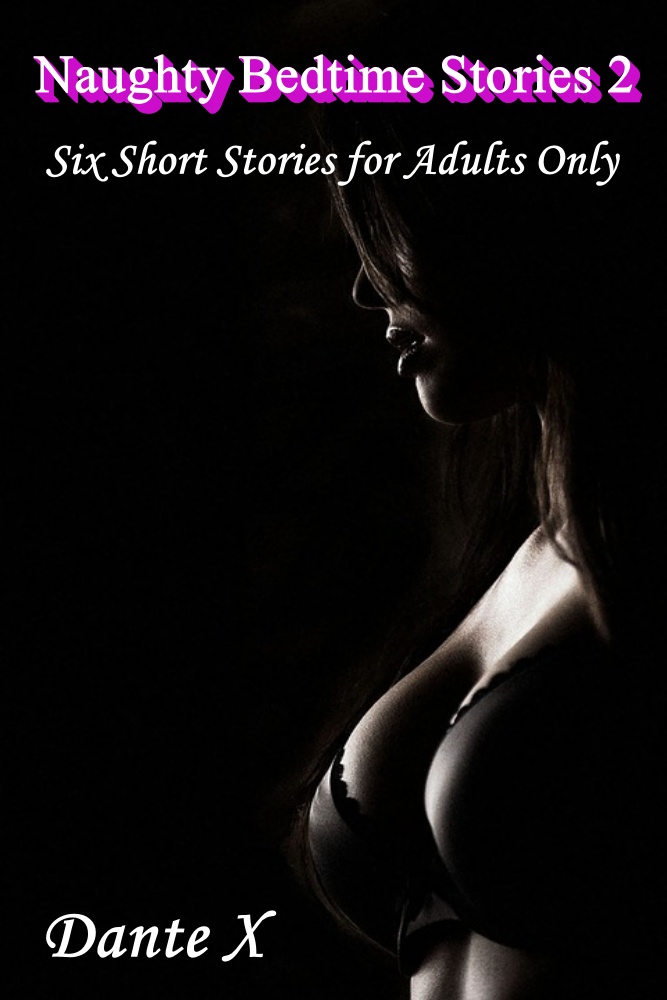 This is a collection of six fact and fiction stories that are too short to publish separately but one or two could easily be expanded into full length books, so please feel free to email me with your comments or suggestions on dante@danteserotica.uk

It was 7 years since we’d divorced and even though she’d moved to another town and there was no contact, I still fantasised over her and our naughty erotic times together. We’d both remarried and it was a complete surprise when I saw her across the room at a business training seminar. She was wearing a mid thigh, flowery summer dress with high heels, black tights or stockings but her hair was longer. My current wife was busy chatting away with her friend who’d invited us to the event so told her I was going to get another drink from the bar. The hall was quite full with about 150 guests and distributors and I could see my ex wife Jane standing next to who I assumed was her husband. Making my way through the crowds, I got about six feet away when she suddenly looked directly at me and was clearly as shocked as me to see each other after all this time.

I’d never met her husband and had no interest in being introduced or start a conversation, so just smiled and continued walking through all the people to the bar. She smiled back but was obviously embarrassed because of being with him, but as I brushed past, made sure to touch her arm and give it a little squeeze. She nervously grabbed my hand and raised her eyebrows but no words were spoken.

He seemed a nice enough guy, late thirties and average build, Jane was now thirty two but still looked as sexy as hell and I couldn’t stop staring at her while waiting to get served at the bar. She was also looking over and as soon as he started talking to someone, she made her way towards me.

“What are you doing here…? She asked all excitedly.

“We were invited by my wife’s friend.”

“So is your wife here as well then…?”

“Yeah, she’s over there somewhere,” I said pointing.

“So is that you’re new husband then…?”

“You know, it’s nothing like when we were together, he’s OK but I feel like we’ve been married forever.”

“So you still think about me then…?”

“All the time, I replied running my hand down her back and resting it on her hip. Grabbing it tightly she squeezed it as I gently slid lower and cupped her bottom.

“What are you doing…!” She exclaimed nervously looking all around.

“Just a quick feel to remind me… so you want to meet me outside in the car park…?”

She giggled as I continued caressing her sexy butt and because of all the people surrounding us, nobody could see anything. Anxiously, she pulled my hand away and told me to stop.

“So you wearing tights or stockings…?”

“Just wondering as you look so sexy in those high heels.”

“God… you haven’t changed a bit… I can’t believe we’re here talking and wish I wasn’t with him this afternoon.”

“Yeah me too but then I didn’t expect to bump into you either… you still living in Berkhampstead then…?”

“No we moved to Watford… What about you…?” she asked as I cupped her bottom again.

“No we live in Studham, I found a nice little cottage that needed doing up.”

“Yeah… and I always fantasise about that night when were were playing and that old guy was playing with himself by the window.”

“And I can feel you getting hard you sod,” she said reaching down and giving my cock a long hard squeeze.

“We shouldn’t be doing this,” she said staring over at her husband who was still in conversation with someone.

“I know but I can’t help it, it’s been so long and we might never see each other again,” I whispered.

Reaching up under her skirt, I felt her nylon stocking tops and then the soft flesh of her inner thighs just under her butt cheeks.

“I bet you’re getting all warm and wet, can I have a feel…?” I said sliding my hand between her legs and rubbing the gusset of her knickers.

“Stop it someone will see…!”

“No they won’t, we’re like sardines in a can in here,” I joked rubbing and pressing her knickers into her slit then caressing her soft smooth bottom again. She was obviously turned on and almost collapsed as my finger slid up the leg of her knickers into her slightly moist opening. Grabbing my arms to steady herself, I continued fingering her as she looked all around then hugged me tightly for a few seconds. I didn’t want to stop but knew I’d already gone too far, so reluctantly eased out and held her hips before giving her a quick kiss on the cheek.

“You’d better get back to him, I think he’s looking for you.”

She quickly moved away and pushed through the crowds as I ordered a beer and a Spry for my wife. For the next twenty minutes we stood with our respective partners but I couldn’t stop wondering if I could get near her again. The strangest thing was that neither my wife or her husband had ever met Jane or myself respectively, so a short time later when we were standing right next to each other, I was able to brush my leg against hers and watch her tremble nervously.

It was when we sitting at a table near the bar with the woman who had invited us, I noticed Jane walking towards the restrooms some twenty feet away. She caught my eye just before disappearing down a corridor and after a few minutes I made an excuse to go to the restroom as well.

There were several girls queuing up to go in and Jane was the last in line but when she saw me she walked towards me and quickly handed me a piece of paper.

“Call me if you want to chat,” she said as I pulled her into my arms and gave her a nice long hug.

Realising there were several more doors just before the restrooms, I took her hand and pulled her towards one and tried the door, it was a small store room so pulled her inside and quickly closed the door. She was as nervous as hell and so was I but it was a unique opportunity and we were immediately kissing and groping each other like a couple of teenagers. Moaning and sighing into my mouth as my hand slid up her dress and straight into her knickers. I was so turned on and she was just letting me finger her with her legs slightly parted and back against the wall.

“You sod… my knickers are soaked,” she giggled, reaching up under her skirt to take them off.

I thought she was going to rush off back to her husband but she was still there and as I reached down to cup her bare bottom, the inevitable happened and we kissing like long lost lovers, which in reality we were. The feelings in my gut were so strong that I started pulling her up and soon had her legs around my waist and her back was against the wall.

“No way, I haven’t done that since I was with you… I’d better get back or else he’ll be asking where I’ve been.”

“Just give him your knickers and say in the girls room with that big black guy from behind the bar.”

“Stop it I have to go,” she said looking all worried.

Lowering her down so her feet were in the floor, I slid to the floor and holding her dress up, immediately went down on her, licking and snogging her lightly haired slit like my life depended on it. She was holding my head as I pulled her towards me with my hands on bare her butt cheeks. I knew she was scared of being caught but I had to have at least a little taste in case we didn’t get the opportunity again. Obviously enjoying it, she was moaning with her eyes closed and rolling her head around in pleasure. But when I started sucking and flicking her bud with my tongue she was really getting worked up. I knew we didn’t have much time so eased couple of fingers in and gently worked them around as I pushed another finger in her anus… That’s all it took to send her to the moon and back, griping my head with both hands as she jerked and tried to muffle her moans. Her fluids were all over my face and as I came up for air she was all red and panicking saying she had to go now.

Still on my knees, I watched her rush out the door and back to the dance floor. Standing up, I had a quick clean around my mouth and face with someone’s work clothes that were hanging on a hook by the door, then walked back out to find my wife.