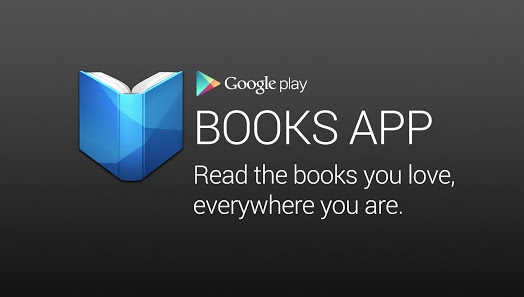 All Titles are now available on Google Play Books

It’s taken several months to re format over 150 books into the Smashwords and Google Play systems but it has now been completed and I can resume my writing.

Free teaser chapter on what I’m working on now

It may or may not get approved by Amazon or Google as it includes a generally a taboo subject.

The first time with the Boss in his office

So on this particular day, she came home and told me her boss was getting all touchy feely and even though he knew she was married, he seemed to be infatuated with her. He was also married and in late fifties.

Anyway, we both got off on wife watching and were always honest with each other and had an agreement to never do anything behind each others backs. One of our little games, in a nightclub or a bar, was to pretend Jenny was alone. Guys would invariably try to chat her up and she’d flirt with them as I watched everything from across the room… Sometimes she’d even dance with them, letting them discretely caress or kiss her passionately on the mouth… All the time knowing I’d be watching in the shadows.

We discussed her situation at work and although she didn’t really fancy her boss, he was apparently quite fat and always trying to grope or caress her at every opportunity, I suggested we have some fun with him by winding him up. She was a little confused at first but when I told her my idea she was ecstatic and couldn’t wait to try it out on him.

Anyway, I’ll let Jenny continue the story as when she told me what happened, it turned us on so much we were making love for ages and god knows why, but it was like a totally new experience and we wanted to develop the story to make her boss even more obsessed than he already was.

WARNING : DO NOT CONTINUE READING IF THIS SUBJECT OFFENDS YOU IN ANY WAY

Well, we were in his office and I was wearing my black mid thigh dress with a split up the side revealing my stockings and suspenders. I was his personal assistant so had my own desk in the adjoining room but this all happened in his office. I was sitting on an office chair next to his desk and told him,

“The other day my husband brought his friends Siberian Husky home for a few months as he had to fly to Singapore with his job but he’s quite big and always trying to sniff between my legs.

“Really…! but I believe they all do that around females don’t they,” he replied smiling.

“I don’t know but every time I come out the shower or try to get dressed he’s poking his nose in and licking me… Vince said it was because he wanted to get friendly and suggested I stand still and let him have a little go… but once I let him he wouldn’t stop…!”

My boss got really red in the face and I could see he was agitated and touching himself under his desk. He then asked stuttering,

“I kept pushing him away but he wouldn’t stop and kept coming back, and Vince told me to let him have a really good sniff and then he’d probably leave me alone and go for a run outside.”

My boss seemed to be really shocked and was lost for words so I continued,

“Anyway, I was standing by the wall in my dressing gown and Vince had him on a lead, he was sniffing away and Vince told me to open my gown… I was a little hesitant as he was so big but as I parted my legs and let my gown fall open, he immediately pushed his head between my legs and was licking me like crazy and forcing his big long tongue inside me, I was holding his head and trying to push him away but he was too strong and even Vince was having a job to hold him back.

My boss was now clearly wanking his cock behind his desk with a wild look on his face so I got up and walked over to the row of chairs against the wall opposite his desk. Parting my legs slightly so he could see my knickers and stocking tops, I stared directly at him and continued my story,

Biting my bottom lip I could see he was about to explode so parted my legs a little more and continued,

My boss was all red and sweating and as he let out a long groan he ejaculated all over his desk, and as he’d pushed his chair back I was really surprised to see he had a really big cock.

So that was Jenny’s account of what happened and why we found it such a turn on, we fucked all night going over the scenario and discussing what we could do to wind him up even more.

Comments and questions are welcome – Message me here