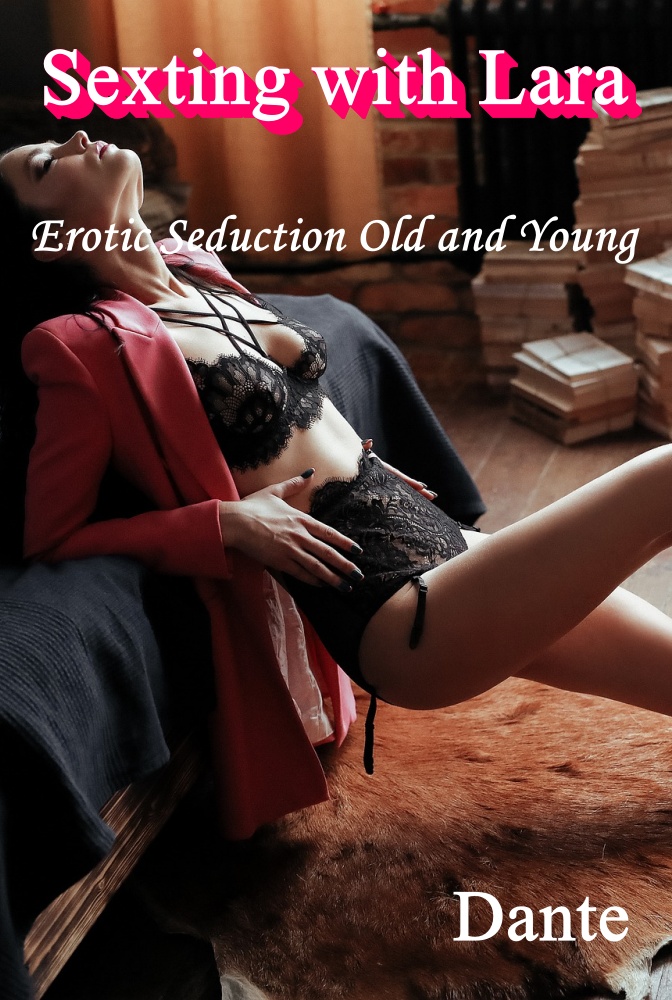 Chapter 2 – Video call in the bedroom

Chapter 3 – Told to get out

Steve is a 56 year old teacher that lost his job because of his sexual perversions and addiction to dogging. Living alone after his parents passed away some 20 years ago, he’d never married but had an unusual aptitude for computers, eventually becoming a lecturer of Information Technology and programming at the University of Manchester. He first met Lara 21, several years previously when she used to work as a part time paper girl in his home village of Redbourn in Hertfordshire. Lara also lived in the village and as they saw each other often, used to say hello but nothing ever happened. A few years later, Steve landed the lecturing position and moved to Manchester. However, because he’d always found her strangely attractive, friended her on Facebook so he could follow her posts and pictures.

Lara had also grown up, and unbeknownst to Steve, was studying IT at the University of Hertfordshire. She’d more or less forgotten about him as he’d left the village, and as she was now 21, had learned to drive and even had a couple of boyfriends. Not a stunner by any means, but had a tattoo on her lower back and a piercing on her eyebrow. She always dressed sexily in tight jeans or short skirts and was into the Goth style of fashion. And because of his infatuation with her small breasts and being quite short and slim, Steve found he was always going to her Facebook page and staring at her latest pictures and posts.

Things get more serious when he finds out she’s a single parent mum and just had a baby, was thrown out of her mothers house because of her West Indian step father coming on to her and ended up in a hostel. She then escaped from the police and social workers and moved in with Steve. Lots more fun when she tells Steve about the adult work she used to do online. Enter the new babysitter Shamina, an 18 year young Indian girl that escaped from an arranged marriage and her older sister Jasmit who all end up working for Steve’s new webcam company. But just as everything seemed to be going well, an anonymous caller threatens him and tells him to cease trading or else.

“Hiya… yeah I remember, so why you move up north then?”

“Got a job at the University of Manchester, I teach programming and IT.”

“Really.. that’s what I’ve been doing a course in at Hatfield Uni.”

“Had to drop out cos I had a baby and I’m back at home with my mum.”

“That’s a shame… so where’s the father then?”

“Dunno… he never wanted to do anything, drinking all day and started bringing his mates round.”

“Yes of course Lara… I like to think we’re friends and I’ve known you a long time, how long is it now?”

“Do you remember when you delivered the newspapers and I asked you to do put those business cards out for me?”

“Yes and I used to watch you walking up the road in your skimpy dress?”

“Yeah I remember… and you were always watching me and stuff.”

“Well I liked you and are you gonna tell me what happened then?”

“What with my boyfriend and his mates?”

“Well… he was like… always bringing one or two back to the house with cans of beer and they’d already been drinking.”

“So you were living with him then?”

“He wanted me to do stuff with him and his mates.”

“You know… Do it with them… Sometimes he’d just watch and tell me what to do and sometimes he’d do me in front of his mates and then let them join in.”

“What…! You mean you want me to tell you how they did me?”

“Is it making you hard then?”

“Of course… So what about you though… Did you playing with his mates?”

She didn’t answer straight away as if thinking what to say, eventually she replied,

“And does it turn you on talking to me like this?”

“Yeah… Are you playing with yourself then?”

“Yes… and I remember you sitting in my lounge with your little short skirt and I could see your knickers.”

“Yeah that was really naughty and when you gave me another twenty so you could take some pictures… I thought you was a right dirty old sod… but I was thinking about you for ages.”

“And I still have those pictures, best twenty pounds I’ve ever spent. Did it turn you on when I asked you to show me your knickers then?”

“Yeah… and when you asked me to lift my t-shirt up and show you my tits and I saw you touching your cock it got me wet.”

“So tell me what your boyfriend did to you with his mates?”

“Well… he’d go out on the on piss with his mates and come back late, and one night I was in bed but he called me downstairs… I was only in my knickers and dressing gown so I went down and his mate was with him. He made me sit on his lap and started telling his mate how sexy I was and was pulling my dressing gown open… trying to show him my tits. But I was too shy and they were really pissed, but he made me open it and got his mate to have a feel of my tits.”

“So he let his mate touch you then?”

“Yeah… just my tits at first… I’m only small… but they’re a bit bigger now since I had my baby… so he was feeling my tits and Jimmy my boyfriend was trying to pull my legs open. I couldn’t stop him and he made me stand up and take the dressing gown off… but I was only in my knickers and they were pulling them off as well.”

“So you were naked then?”

“Are you alone now Lara?”

“Yeah… my mums at work and my step dads out as well.”

“Yeah he’s a black guy and always trying to touch me up when mums not around.”

“I take it your mums white English then?”

“You want to tell me what you’re wearing?”

“Not much… knickers, tights, a skirt and my bra cos I’m still leaking milk and a white blouse.”

“OK Lara… But you’d better go to your bedroom in case anyone comes home… what about your baby?”

“Yes, I’ll send you my user name, call me when you’re ready.”