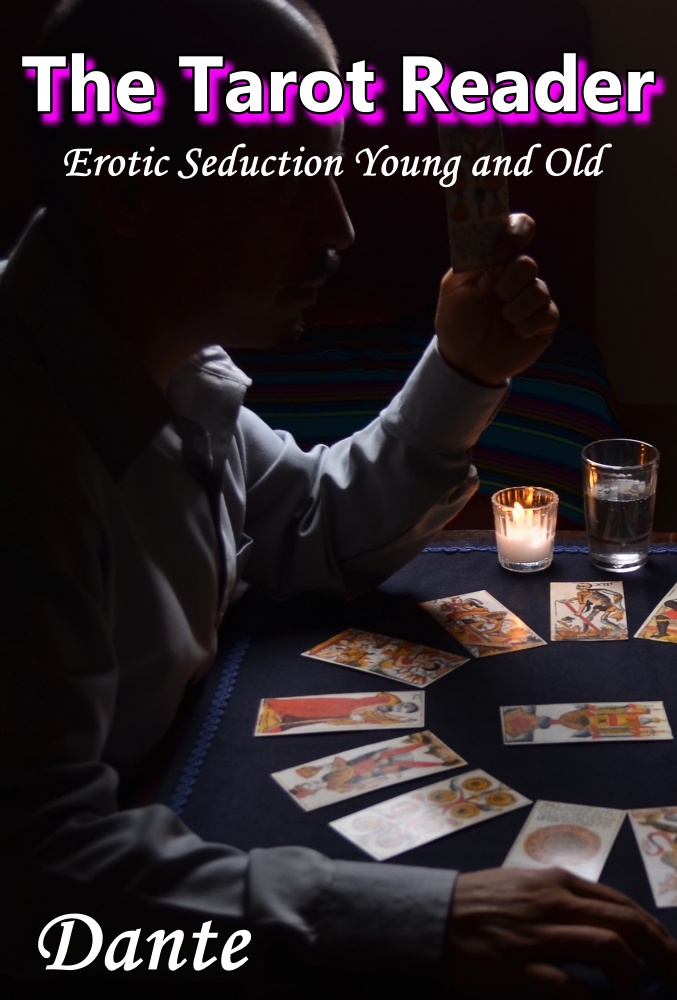 So before I get into my story, the name’s Johnson for the sake of anonymity and is all about what happened when I was going through some very difficult times. In a nutshell, I lost my wife, my house, my business and was owed over £200,000 in commissions, of which basically bankrupted me.

Up until a year ago, I’d been quite successful, but this last year was devastating and for reasons beyond my control, it all went tits up and I basically lost everything. And for the last few months, I’d been seeing a new girlfriend who suggested, I go for an Astrology / Tarot reading…!

Now, you have to understand, up until this point in my life, I’d looked upon psychics and all that new age bullshit as complete and utter rubbish. But to keep her happy, I decided to play along as she was a breath of fresh air compared to my ex wife, and quite frankly… unbelievable in the bedroom.

I’d also found out a long time ago, that most women over 45, in fact the older the better, were gagging for it. What I mean is, older women, married or not, were, well, up for a bit of fun on the side, especially when they knew they could get laid without any commitment either way. Now I’m not saying I don’t like the young ones, but girls under or around the 35 mark… well… they still “think” they can pull whoever they want, and to be honest… I’m just not interest in wasting my time on them.

Excerpt from Chapter 6 – Heather and Janice

Janice the most attractive of the two and the woman I’d talked to first said, it was Heather her friends idea, because they’d both had enough and wanted to get out of their relationships as their husbands were seeing other women.

I won’t bore you with all the flirty small talk but Heather was well up for it and was on me like a woman possessed. Janice however, sat back and drunk a whole bottle of wine, watching as her friend sat on lap and took the lead, snogging and groping as I did the same to her. She wasn’t exactly unattractive, but a little overweight for my liking but she had nice legs and fairly big tits. Janice was definitely more my style, slim and sexy wearing a knee length white skirt and long light brown suede boots.

I managed to get Heather’s blouse and bra off as she released cock and was on her knees sucking my one eyed snake and playing with my balls, while I caressed and played with her tits.

Looking over at Janice, I could tell she was shy and didn’t know what to do, so waved her over. She stood up and wandered across the room and stood next to us watching Heather trying to swallow my length. I placed my arm around her and pulled her close. She giggled as I caressed her bottom over her dress but didn’t stop me when I slipped my hand up and had a feel of her bottom and smooth silky knickers.

I told her to take her top off while still working between her legs and eased a finger up her leg opening, she was already wet and Heather was watching as she was still trying to swallow as much as she could.

“Hmm m… nice and wet Janice, so how long you been married…?”

“And have you ever had an affair or been with another guy…?”

“That’s the idea Janice and then I’m going to make love to you both. Look, I think Heathers trying to make herself sick…!”

Janice burst our laughing as I pushed a couple of fingers in as deep as I could. She parted her legs slightly which made it easier to explore, so I reached up and pulled her head towards me, staring into my eyes I could see she was nervous, but the wine had helped and she willingly letting me finger her and probe her mouth with my tongue.

Heather got up and straddled my cock, rubbing the head on her slit as she sunk down emitting a long deep moan, impaling herself and grinding down on my cock taking it all no problem.