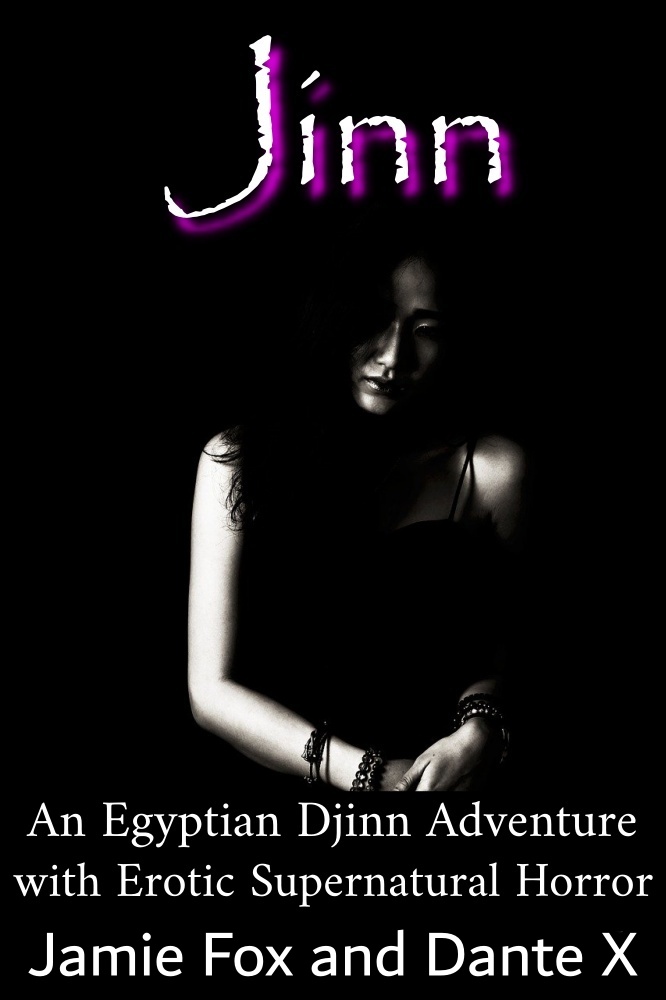 Direct link to book on Amazon

Excerpt from the introduction

Imani was in front of Pierre and her two girlfriends were running behind, shivering and in tears they were absolutely terrified. Suddenly they heard another blood curdling scream and one of the men at the rear was yelling for help… The other men that were near him started running and shouting,

“RUN… RUN… There’s something down here… it just ripped his arms and head off and dragged his body away…!”

Excerpt from Chapter 11 – The Labyrinth

As they descended deeper, they all heard the beastly inhuman sounds like before, but this time Imani wasn’t so scared being surrounded by the heavily armed team. About five hundred metres in, she was totally disoriented as they’d taken so many twists and turns and gone down countless steps and slopes. A huge cavern appeared with ruins of buildings, some as high as a church or a six story apartment building. It seemed to go on forever, but the soldier at the front, following an electronic map seemed to know which tunnel to follow.

A loud roar made everyone stop dead in their tracks and look around, whatever it was could come at them from any direction. They were in what seemed to be, back streets in a large city, but not wide enough for vehicles. Above them she could make out the roof of the cavern some eighty to a hundred feet up.

The terrifying roar came again and seemed very close, so everyone backed into a side building and cowered down. The Jinn mentally told Imani, it was a Minotaur and he would bring it out in the open. Imani quietly told Jeff who advised the team.

The Jinn in the form of the black dog, ran out and disappeared into the passageways, another roar as the dog came bounding back being chased by a huge ten feet high Minotaur. The men opened fire but it was able to jump behind a building, then pushed it over showering the team with rubble. A large boulder was hurled and almost hit Imani but the Jinn invisibly pulled her out of the way.

“Thank you… That was close,” she said mentally.

The team opened fire and a loud roar made it obvious, it was hit and wounded, but ran away at great speed. They carried on walking until they came to an underground river which was some eighteen feet wide.

Looking at his map, the special operations marine said,

“We can follow the river for about three hundred feet and there could be a bridge or we can cross here.”

“No follow it down, we have no idea how deep it is or what’s in it… also we have too much electronic gear,” Jeff said.

Just as he finished speaking, a massive six feet wide snake with a head full of long razor sharp teeth, reared up out of the water towering above them, they started firing as it dived back down swimming away at speed.

“Shit did you see the size of it’s fucking head… It could get two of us in there no problem…!” a marine said.

“Something is following us, I will see what I can find out,” the Jinn told Imani before running off into the darkness again.

She told Jeff and he acknowledged with a thumbs up. They carried on walking and the Jinn came back saying,

“It is the Minotaur… it has been wounded but still able to walk and is in great pain.”

Imani told Jeff who asked if it was close? But the Jinn said about one hundred feet and holding back. He told the team to spread out and hide making a circle around an open area. They all hid and waited with weapons at the ready until it eventually appeared. Clutching a gunshot wound on its arm, its body was that of a huge man, but had hooves as feet and its head was twice as big as a normal bull, black matted hair was hanging down its evil looking face and jagged teeth were dripping with saliva and blood.

The team opened fire and the Minotaur screamed in pain as it fell to the floor, smashing its fists into the ground. A soldier jumped out and ran over pumping more bullets from his automatic weapon into its head until it stopped moving. Blood was streaming out of its wounds and everyone was pleased they’d at least killed one monster. But the next noise they heard was even louder, another Minotaur appeared out of nowhere, even bigger than the one they just killed making them realise they must have killed its offspring.

Everyone cowered and covered their ears as the screams were unbearable, the huge Minotaur was looking down at the smaller dead Minotaur and screamed again, banging its fists on the ground and looking around. It was the mother as it had breasts.

Pete had managed to open his equipment and turned it on… a high pitched tone filled the cavern and the Minotaur covered its ears screaming loudly. The tone was unbearably loud to the Minotaur, but to the team it was just a high pitched hum.

It tried to reach down and drag the body away, but the team jumped out and opened fire again. One marine let off a missile and hit it in the stomach, sending it flying backwards clutching its wound. The rest of the team ran forward and unloaded more bullets into its head until it slumped to the floor and lay still.

The team stepped back and looked around, all was quiet but the Jinn said to Imani,

“We need to leave this place now… Something is coming.”

Imani told Jeff and they quickly moved on. A few minutes later, a huge snake reared up from the river, grabbed the body of the smaller Minotaur and dragged it under the water. Everyone stared in horror as the water started bubbling, it was alive with huge snakes, all ripping the Minotaur to shreds… Another snake reared up out of the water onto the dusty ground and dragged the mother Minotaur into the water. The whole team were in shock as they watched the feeding frenzy.

“Who the fuck said it would be quicker to cross the river in the fucking water… Jesus we’d all be finished in fucking seconds,” a marine said in trepidation.

“OK… show over let’s move on… God knows how many of those fucking Minotaur’s are down here… They could be breeding like rabbits… and maybe that’s why so many children are sent down here,” Jeff said.

Imani felt a terrible feeling of dread and horror, she couldn’t even imagine the terror the poor children must have felt, being put down there, then pursued and eaten alive by these monsters.